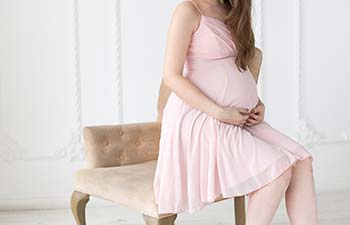 A VBAC (pronounced V-back) is a vaginal birth after cesarean delivery. A woman who has already given birth via cesarean is often a candidate to give birth vaginally with her subsequent pregnancies.

The term VBAC was created because it was once suggested that if a woman delivered a baby via cesarean, she should deliver all future babies via cesarean. However, many women want a vaginal delivery – and many doctors do, too.

There are much greater chances of complication for the mother during a cesarean delivery than there are during a vaginal delivery. While it has become somewhat popular for women to have an elective C-section, this procedure should never be “routine.” A cesarean delivery is a major surgical procedure with excessive healing necessary, which is why many women want to opt for a vaginal delivery after having a cesarean.

Women who are interested in having a vaginal birth after cesarean need to discuss this goal with their physician early in their pregnancy. A physician who specializes in VBAC can assess whether it will be safe and beneficial for a woman to try for a vaginal birth. Due to the complexity of a cesarean delivery, having a subsequent vaginal birth is considered to be high-risk. The greatest concern for women who have had a previous cesarean is the risk of uterine rupture during vaginal birth. According to the American College of Obstetricians and Gynecologists, women who have had a previous cesarean with a low transverse incision have the risk of uterine rupture in a vaginal delivery 0.2-1.5 percent of the time. That is approximately 1 chance in 500.

The physicians at Marietta OB-GYN Affiliates, P.A. support a mother’s desire to have a vaginal delivery following a C-section. Our physicians deliver babies at the state-of-the-art birthing center at Wellstar Kennestone Hospital.

If you live in Acworth or the surrounding areas and are interested in attempting a VBAC, please contact Marietta OB-GYN Affiliates, P.A. Our doctors are highly trained and experienced in performing vaginal deliveries after cesarean procedures. Our highest priority is the health of both the mother and baby, and we will help determine whether VBAC is a good option for you. We look forward to caring for you during this special time.