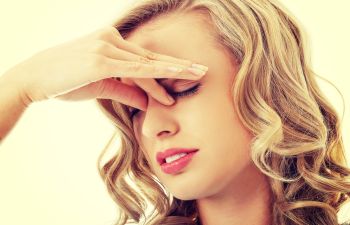 Migraine headaches are one of the leading serious health problems affecting women. Countless medical studies have revealed that migraines are highly prevalent in women, with women being three times more likely to suffer from migraines than men. It is generally assumed that a significant hormone connection contributes to the female population being more susceptible to these intense headaches.

Migraines are debilitating headaches that can disrupt women’s lives. Most women describe these intense headaches as long, episodic pain that is made worse by light and other triggers. Migraines often begin in childhood, but they can also be first experienced in adolescence or adulthood. Often, it is the start of the menstrual cycle that begins migraine suffering.

Hormonal changes are the most common causes of migraines in women. This is why migraines are so much more prevalent in women, because these headache attacks tend to ebb and flow with a woman’s menstrual cycle. Fluctuations in estrogen before, during, and after menstrual periods, pregnancy, and menopause trigger migraines in many women. Hormonal oral contraceptives and hormone replacement therapy can also worsen migraines.

There is no denying the hormonal effect of migraines in women. Genetics are also generally accepted as a cause of these intense headaches. Mostly passed down from females, anyone with a mother or grandmother who suffered from migraines has a much greater chance of suffering from these headaches.

Other migraine triggers that can affect both men and women include:

If you are suffering from migraines and suspect that your headaches are related to hormonal shifts, contact Marietta OB/GYN Affiliates, P.A. Our compassionate doctors and nurses understand how debilitating migraine headaches can be. We will help you find the relief you need to manage and even prevent migraine attacks.

Previous post: Is It A Mental Health Disorder or Menopause?
Next post: STD Testing
Back to Blog